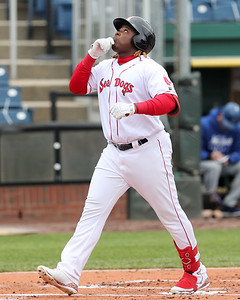 Worcester scored in every inning except three, led by Johan Mieses. The DH went 3 for 5 with a pair of home runs and three runs scored. His second came off old friend Stephen Nogosek. Mieses now has four long balls to go along with a 1.528 OPS. Triston Casas reached four times with three singles and a walk, while Franchy Cordero went 2 for 4 with a double, a walk, and three knocked in. Yolmer Sanchez added two hits and two RBI and Ryan Fitzgerald and Jarren Duran each doubled.

The Hoddle of Coffee: Tottenham Hotspur news and links for Thursday, November 5