Johnny Depp appears to have a few quirks to keep him sane in the courtroom as he squares off against ex-wife Amber Heard in his $100million defamation trial.

Wednesday morning, the 10th day of his trial, Depp’s black SUV was blaring ‘Exodus’ by Bob Marley as he pulled up and was greeted by adoring fans who held ‘Justice for Johnny’ signs and even brought pet alpacas.

Earlier this week Depp flashed a lucky $2 bill that he had in a plastic bag as he pulled up to court.

And while in the courtroom, the 58-year-old actor has been seen doodling between testimony with a purple marker and keeping a supply of jelly beans and mints on hand.

This morning he held a notebook close to him that read, ‘Built To Last’ with a drawing of a green figure with a crown on its head.

Always in front of him is a large silver tumbler filled with what is believed to be black coffee. He  brought that tumbler to the stand each day during his dramatic four days of testimony. 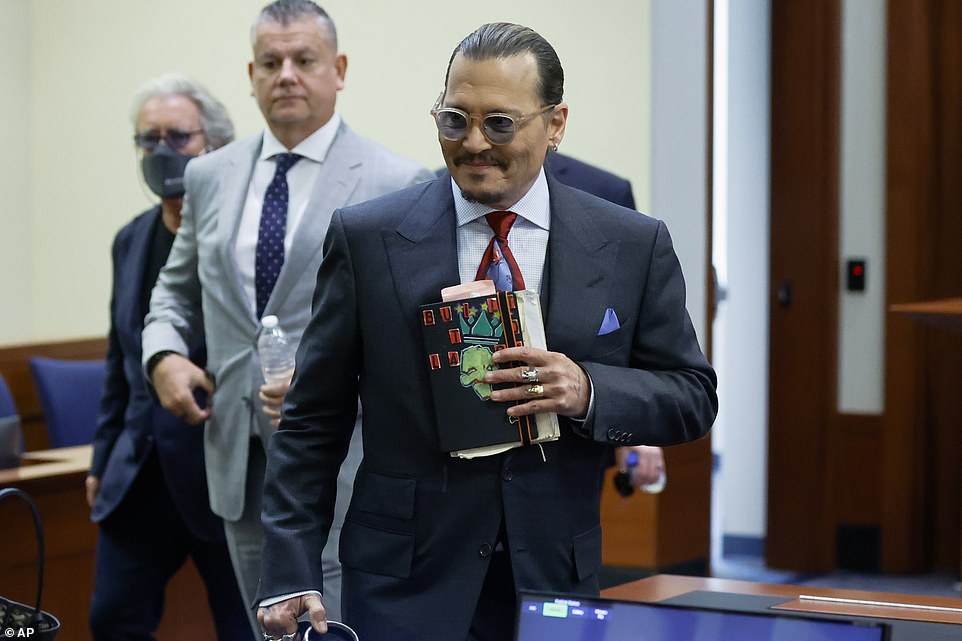