Toronto police are trying to identify a suspect after a man allegedly threw a cup of hot coffee at a woman on the TTC.

Toronto police said the incident occurred shortly after 9 a.m. on March 11 when a suspect boarded a southbound subway train at Bloor-Yonge Station.

The suspect approached a male passenger and started a physical altercation with him before going over to a female passenger, threatening to harm her and then throwing a hot cup of coffee at her, police said.

He then fled at Wellesley Station.

Investigators released images of a suspect Tuesday and said he is wanted for uttering threats of bodily harm and assault with a weapon.

The suspect is described as being around 45 to 50 years old, standing five-foot-five to five-foot-nine with a medium build. He has a mostly shaved head with blonde patches of hair, a silver septum piercing and a silver earring through the top of his left ear. He also has a tattoo on the left side of his neck. 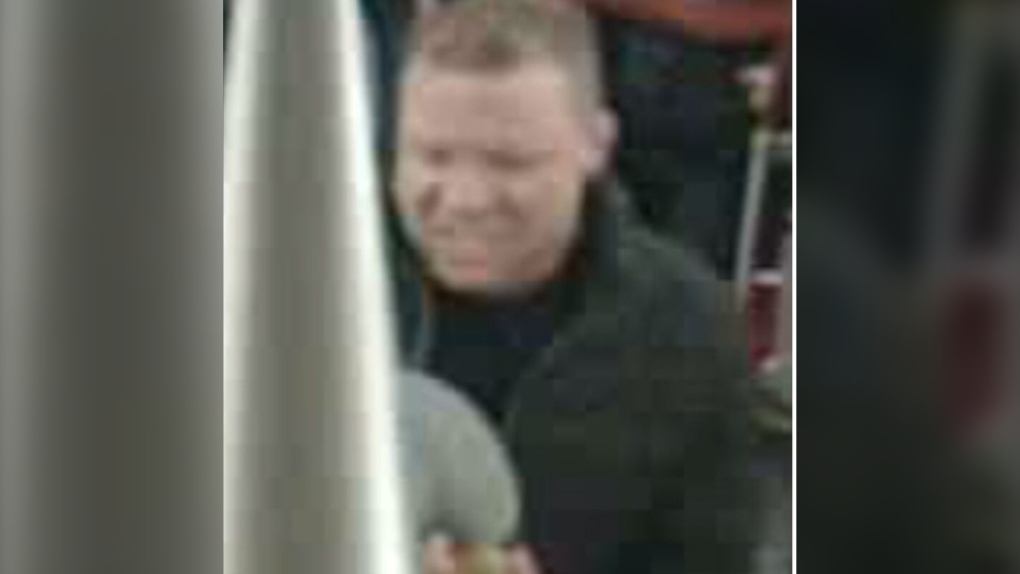 A suspect wanted in…