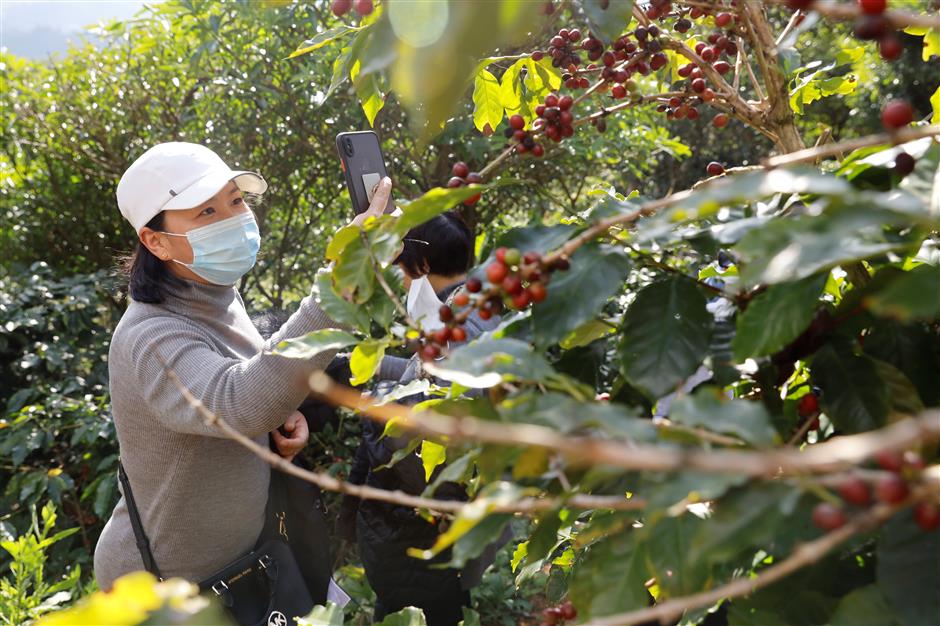 A tourist takes photos of coffee beans in a coffee farm in Pu’er, Yunnan Province, on December 18, 2021.

The goods were then transported to Europe via a China-Europe freight train after they arrived in Chongqing Municipality, southwest China.

It was the first batch of coffee beans exported from Pu’er to Europe by rail.

In the past, Pu’er’s coffee beans were exported to Europe by road and sea. After the opening of the China-Laos Railway, 30 percent of logistics time can be saved by rail transport.

As a landmark project of high-quality Belt and Road cooperation, the 1,035-km China-Laos Railway was launched in December 2021. Half a year into its operation, the railway has delivered more than 4 million tons of freight as of June 2. The…